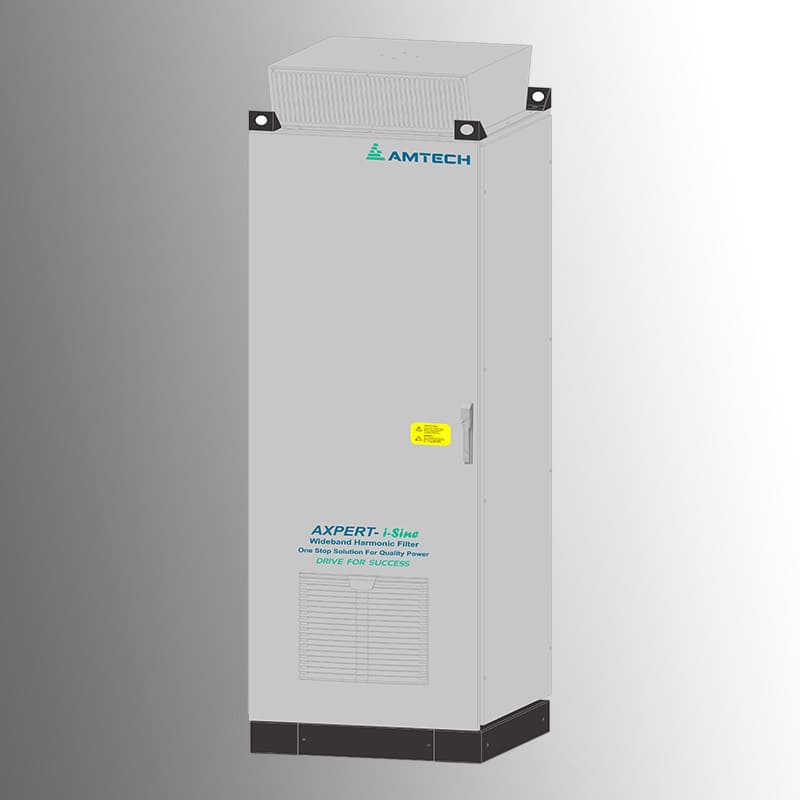 With the growing electrification, the issue of efficient use of electricity became important. Initially the focus was mainly on reducing the reactive power to improve the Power Factor. Then came the VFD for energy saving and better control performance but at the cost of higher harmonics. Today, the significance of harmonics in modern distribution grids has increased vastly.

Most traditional filters work fine at 100% power load, but severely underperform at light loads. In practical world, almost no equipment runs at full load all the time. The WHF offers industry leading performance from light loads to the rated load. It is stand-alone input equipment with its own enclosure, installed adjacent to the VFD. It is designed to reduce harmonics caused by VFDs. One higher rating WHF can also be installed at the input of multiple VFD as an cost effective alternate.